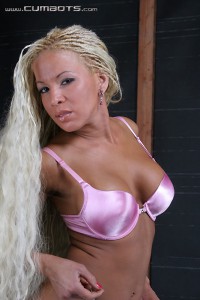 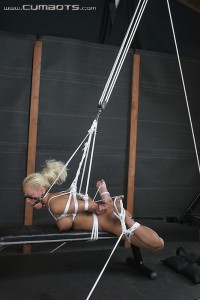 To begin with, our porn star gets securely bound to a bench.  Partially suspended, her huge tits firmly tied, her legs are tied wide open.  This means that there is easy access for the next part of her fun.  A powerful fucking machine is wheeled in behind her and there’s nothing she can do about it.  She is forced to take the fucking of a lifetime, as the machine pounds her relentlessly, harder and faster than any man would ever be able to do.  As the orgasms start to build, it’s a good thing that she is gagged, or her screams would alert the neighbours! 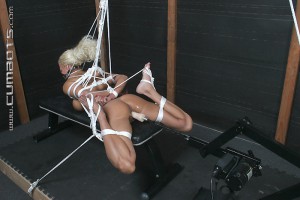 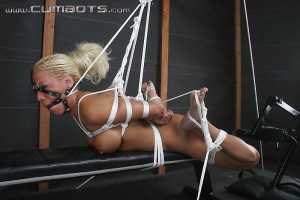